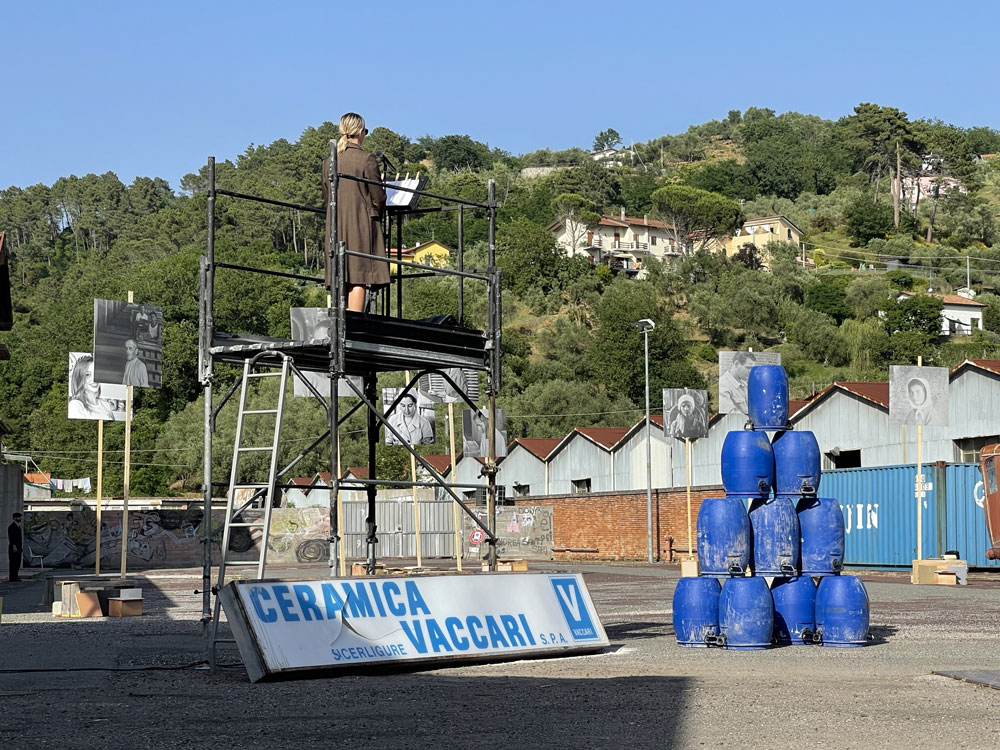 For those who do not know, ignore or have forgotten: the place where you are was a factory, one of the largest in Europe in the production of tiles. The Ligurian Ceramics “Vaccari” (from the name of the owner and creator of the plant, Carlo Vaccari ) saw thousands and thousands of workers (including minors) work in it from the end of the 19th century to the beginning of the new millennium, until the bankruptcy, which occurred in the 2000s. The immense factory also included a workers’ village, a Church and the luxurious Vaccari’s Villa.

The historic theatre workshop with high school students, which reaches its tenth year , within the European Rescue project has been focused on the factory, for a “site specific” experience. The impossibility in this period of creating a “theater of physical contact” and the need to “keep ourselves at a distance” led the group to work individually in monologues: after the historical study on Vaccari, they ventured into their personal dramaturgical adventure inspired to the history of the factory and their protagonists, over a century of life. What you will see and hear are therefore bodies and voices of very young actors who have collected, through their emotionality, the voices and lives of all those thousands of workers who sweated, labored, loved and protested inside the factory. Lives lost from the serious disease of silicosis, bodies that could not be seen a few meters away due to the dust in the air … but also trade unions’ achievements, professional achievements and the pride of belonging to a leading company in the ceramics sector. To these crude and disenchanted words of the workers imagined by the boys are added (and contrasted) those of Dante Alighieri. We imagined the factory through the canticle of the Comedy less frequented by the theater: the Purgatory. The factory, therefore, as a place of stasis, perhaps in transit, as the expectation of a Paradise that will probably arrive for these “immobile proletarian souls”.
With the direction of Enrico Casale, Renato Bandoli, Simone Benelli, Damiano Grondona, Alessandro Ratti